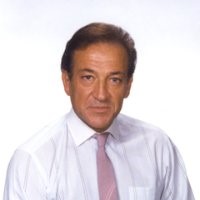 DR. ALAIN L. FYMAT, PhD, PhD is a medical-physical scientist and an educator. He is the current President/CEO and Professor at the International Institute of Medicine & Science with a previous appointment as EVP/COO and Professor at the Weil Institute of Critical Care Medicine, California, U.S.A. He was formerly Professor of Radiology, Radiological Sciences, Radiation Oncology, Critical Care Medicine and Physics at several U.S. and European Universities. Earlier, he was Deputy Director (Western Region) of the U.S. Department of Veterans Affairs (Office of Research Oversight). At the Loma Linda Veterans Affairs Medical Center, he was Scientific Director of Radiology, Director of the Magnetic Resonance Imaging Center and, for a time, Acting Chair of Radiology. Previously, he was also Director of the Division of Biomedical and Biobehavioral Research at the University of California at Los Angeles/Drew University of Medicine and Science. He is also Health Advisor to the American Heart & Stroke Association, Coachella Valley Division, California. He is a frequent Keynote Speaker and International Organizing Committee member at several international scientific conferences. He has lectured extensively in the U.S., Europe, Asia and Africa. He has published ~ 425 scholarly scientific publications and books. He is also Editor-in-Chief, Honorable Editor or Editor of 54 scientific Journals. Dr. Fymat is a Board member of several institutions, a member of the New York Academy of Sciences and a reviewer for the prestigious UNESCO Newton Prize, United Kingdom National Commission for UNESCO. His current research interests are focused on neurodegenerative diseases (Alzheimer, Parkinson, epilepsy, dementias and others), oncology, molecular/precision/personalized medicine, and nanomedicine and nanobiotechnology. 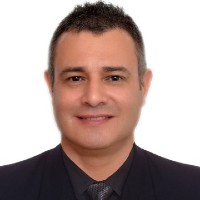 Santiago Restrepo Restrepo is working as faculty of advertising, Corporación Universitaria Americana, GISELA Research Group in Medellín-Colombia. He is a psychologist, specialized in organizational psychology. He also completed his master’s in Neuropsychology; Doctor in Neuroscience and Post-doctorate in Science.

Assistant Professor Shilau has completed his PhD at age of 29 years old from Byelorussian State Medical University. He long time work as senior scientific worker in the laboratory of the biochemistry of neurohormones and neurosurgery over mention University and then as leading scientific worker central scientific-investigating laboratory of Byelorussian Medical Postgraduate Academia and neurologist practitioner, and also as MRY diagnostician. Then he worked as deputy Director of the center of Medical Information “EOCEN” and continues his scientific work in close cooperation with Laboratory of free-radical process chemistry of the Research Institute of Physical Chemical Problems of the Belarusian State University. Now he works as MRY diagnostician of the Republican Clinic Medical Center of the Presidential Administration. He has published more than 40 papers in reputed journals. His interests include neuropharmacology (GABA-benzodiazepine and glycine receptors and their interactions), the clinic of epilepsy, parkinsonism and dementia and their treatment, and also MRI spectroscopy data in the above pathology.

Stephen D. Skaper received a PhD in biochemistry from the University of South Dakota and Laurea in chemistry from the University of Padua, Italy. He is currently Adjunct Professor in the Department of Pharmaceutical and Pharmacological Sciences (section on Pharmacology and Anesthesiology) at the University of Padua. From 1998-2008 he was a Senior Group Leader for Neurodegeneration Research, Neurology Centre of Excellence for Drug Discovery, GlaxoSmithKline Research and Development Limited, United Kingdom. Prior to that he held academic research positions in the Departments of Medicine and Biology at the University of California, San Diego. Dr. Skaper has authored/co-authored over 300 research papers, book chapters and monographs, as well as having guest-edited six journal thematic issues and two volumes of Methods in Molecular Biology on neurotrophic factors. He is Editor-in-Chief of CNS & Neurological Disorders Drug Targets, Associate Editor of the American Journal of Neuroprotection and Neuroregeneration, handling editor for Scientific Reports, and a Councilor of the International Association of Neurorestoratology. His research interests focus on the role of immune cells and their interactions in neuroinflammation, in particular with regards to neuropathic pain and multiple sclerosis, and the development of therapeutic strategies based on natural molecules. He is a member of Sigma ?I, Phi Lambda Upsilon, Alpha Chi Sigma, the Society for Neuroscience and the International Society of Cerebral Blood Flow and Metabolism.

As a fellowship-trained neurologist subspecializing in movement disorders, Dr. Zhang’s primary clinical and research interests are in Parkinson's disease (PD), tremor, ataxia, and other movement disorders. His particular expertise has led him to focus on the epidemiology of PD, exploring whether nutritional deficiencies in certain populations have an impact on PD. He currently serves as Chair of the Working Group on Genetic & Environmental Risk Factors for PD as part of the largest clinical research consortium in the country, the Parkinson Study Group (PSG). As a member site for PSG, the clinical trial program he leads at UC Davis has participated in many multicenter trials testing new medications for PD, several of which are now used in clinical practice. Dr. Zhang’s other clinical and research interests focus on dystonia and related movement disorders such as facial spasm, limb spasticity, and dystonic tremor, all of which can be treated with neurotoxin injections, most commonly botox. He has participated in registry studies and double-blinded clinical trials for neurotoxin therapeutics, and his services presently offer four different types of neurotoxins to accommodate the patient's needs, symptoms, previous exposure to other toxins, and a variety of other indications. Dr. Zhang also serves as the medical director of the Deep Brain Stimulation (DBS) program at UC Davis and he is very interested in the clinical applications of DBS. Under his direction the DBS program of UCDavis has become a referral center that offers implantation surgery weekly and clinical programming visits daily, serving the greater Sacramento area and northern California. 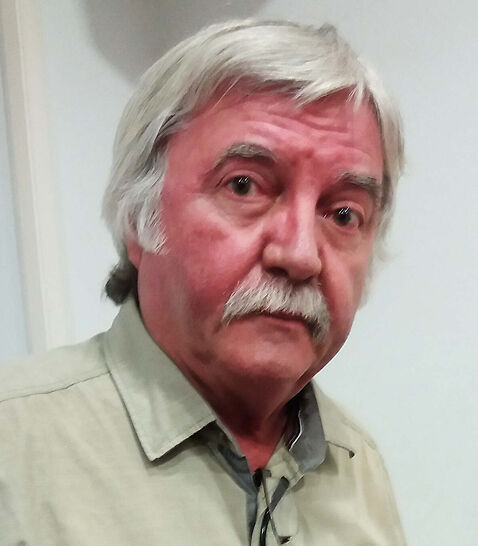 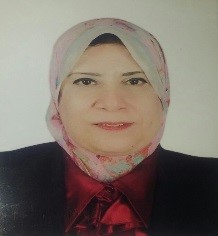 Prof. Azza A. Ali has completed her PhD specialized in Pharmacology and Toxicology from Faculty of Pharmacy, Cairo University, Egypt. Her postdoctoral studies included different scientific aspects especially on neurodegenerative disorders; she also developed research line of behavioural pharmacology in Egypt and participated as Advisory Board Member of the Arab Association for Pharmacy Development and at the Arab International Pharmacy Conference (AIPC 2019). She is a member of many scientific societies as (AAPS) and Alzheimer's Association (ISTAART). She is also Editorial Board Member of many international Journals as Brain Disorder & Therapy, Acta Psychopathologica, EC Pharmacology and Toxicology as well as Organizing Committee Member and Chairperson at many international Conferences as the International Conference on Brain Disorders & Dementia Care, Canada (2017) and International Conference on Parkinson's Disease & Movement Disorders, USA (2017, 2018). She published more than 60 papers in reputed journals, supervised and discussed more than 90 PhD and MSc thesis and actively participated by workshop, oral and posters presentations at many international conferences especially on Dementia and Parkinson's disease and in the Alzheimer's Association International Conference (AAIC 2016, 2017). She has many appreciation certificates and certificate of best presentation award at 19th International Conference on Environmental Pollution and Pollution Control, London, UK (ICEPPC 2017). Now she is a Head of Pharmacology and Toxicology Department and Member of the Committee for the Promotion of Professors at Al-Azhar University, Egypt.

Hans von Holst received his Medical Doctor´s degree in 1976 and specialist in Neurosurgery 1982 at Karolinska University Hospital. In 1985 he earned his PhD and Associate Professorship in Neurosurgery, Clinical Neuroscience at Karolinska Institutet. During 1991-1996 he was appointed as Chairman of the Dept of Neurosurgery and Division Manager of the Neuroclinics at Karolinska University Hospital, respectively. In 1995 he became Professor in Neuroengineering at the Royal Institute of Technology. He has published around 140 original papers in reputed journals, reviews and books and has been serving as an editorial board member in several journals.

Be a member and support us